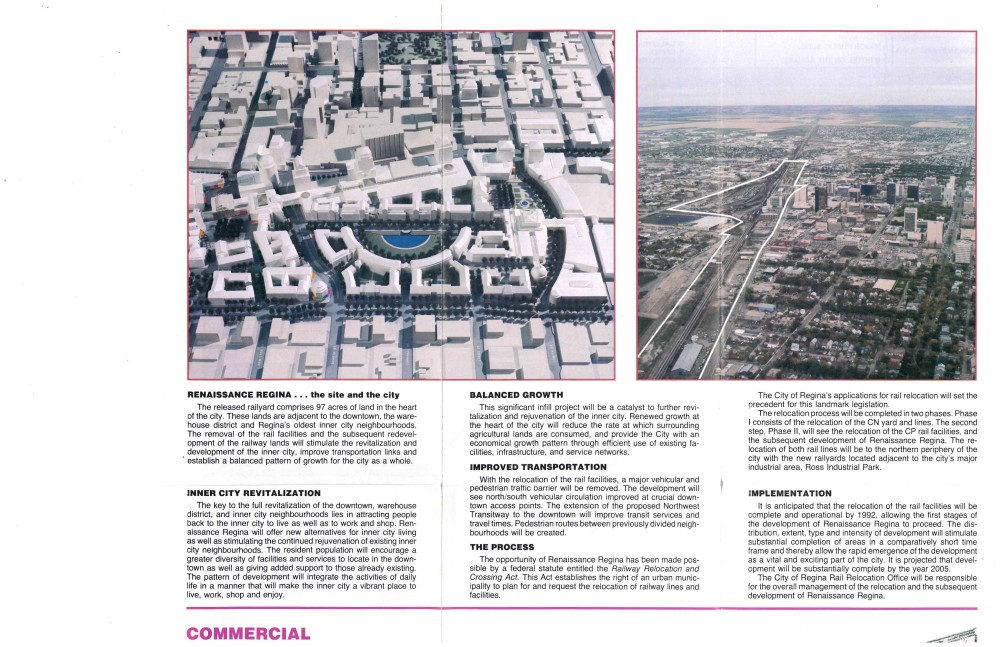 I include this project from the very past as a critical influence at the way I view the built environment.

Involvement:
Very early in his carrier Derrick had the incredible opportunity to work, in it’s day, on this cutting edge urban design project. He took a year off his architectural education between the 3rd and 4th year of university. Derrick learned more regarding urban design and planning than could have ever been learned while at school. Derrick worked directly under the staff architect, Mr. Ray Pradiuk as one of two interns. Once a month we would meet with the following highly regarded architects; George Baird-Toronto, Paul Merrick-Vancouver & Clifford Weins- Regina. Derrick served as a “scribe”, recording the pearls of wisdom shared by the four architects, and for the next meeting would implement their decided direction and recommended actions.

The Project:
The City of Regina, Saskatchewan prepared an Urban Development Plan for Phase II of the Regina Global Rail Relocation Program. The Plan identifies an infrastructure framework, a building topology, and control mechanisms for approximately 120 acres of railway lands adjacent to the City’s Central Business District. The plan was prepared by a “Task Force” consisting of City Administration, Rail Relocation Staff, and Urban Design Consultants. General administration of the work was, as well as research, evaluation, and documentation of the material developed by the task force was performed by the City of Regina, Rail Relocation Office. Derrick’s job was to assemble information required by the task force. In addition he served as a Rail Relocation representative during a series of public open houses. A focus of the task force could be summarized through the relationship of culture, urban form and building typologies. 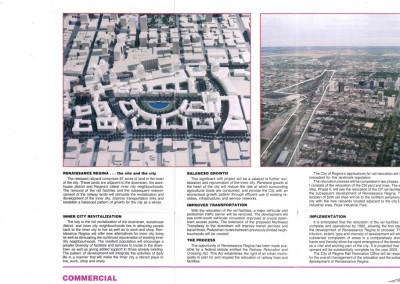